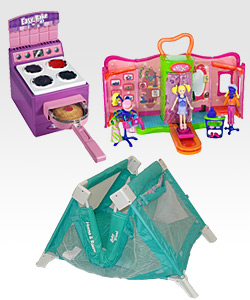 At the height of garage sale season, the Consumer Product Safety Commission is promoting its "Resale Round-up" campaign to get recalled products out of resale stores, off the Internet and removed from the secondhand market. Reselling recalled products is a violation of federal law. In addition, the agency is highlighting 10 recalled children's products that have been the cause of injuries or deaths. Items on the list date back to 1993.

"Those who resell recalled children's products are not only breaking the law, they are putting children's lives at risk," said CPSC Chairman Inez Tenenbaum. "Resale stores should make safety their business and check for recalled products and hazards to children."

And as we wrote earlier, the same law—the Consumer Product Safety Improvement Act—that bars manufacturers from peddling a million lead-tainted toys applies to the tag-sale host selling just one. So it's a good practice to check www.recalls.gov before buying or selling something secondhand.

The CPSC has put together a booklet for resellers that is handy for anyone selling used items. In addition, here is the agency's top 10 list of dangerous recalled children's products. At least 25 deaths have been associated with these items.

Evenflo Envision high chairs
Recalled: April 2, 2009
How many: 643,000
Hazard: Recline fasteners and metal screws on both sides of the high chair can loosen and fall out, allowing the seat back to detach or recline unexpectedly. Children can fall backwards or fall out of the high chair. Detached hardware also poses a choking hazard to children.
Incidents/Injuries: Evenflo has received 320 reports of seat backs detaching or reclining unexpectedly, resulting in 19 head injuries and 35 other injuries including abrasions, pinches and bruises.

Hill Sportswear hooded drawstring sweatshirts
Recalled: February 12, 2009
How many: 300,000
Hazard: The sweatshirts have drawstrings through the hood. The drawstrings can become caught on objects and strangle a child.
Incidents/Injuries: One report of a death involving a 3-year-old boy in Fresno, Calif. who was strangled when the drawstring on his hooded sweatshirt became stuck on a play ground set. 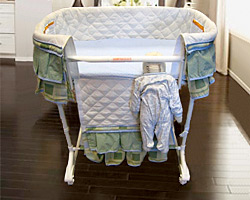 Simplicity bassinets (also includes bassinets with Graco or Winnie the Pooh motif)
Recalled: April 7, 2009; August 27, 2008; September 25, 2008;
How many: 900,000
Hazard: The Simplicity 3-in-1 and 4-in-1 convertible bassinets contain metal bars that are covered by an adjustable fabric flap attached by velcro. The fabric is folded down when the bassinet is converted into a bed-side co-sleeping position. If the velcro is not properly re-secured when the flap is adjusted, an infant can slip through the opening and become entrapped between the metal bars and suffocate.
Incidents/Injuries: The CPSC is aware of at least three deaths involving Simplicity bassinets.

Polly Pocket dolls with magnets
Recalled: November 21, 2006; August 14, 2007
How many: 9.7 million play sets
Hazard: Small magnets inside the dolls and accessories can come loose. The magnets can be swallowed or aspirated. If more than one magnet is swallowed, the magnets can attract to each other and cause intestinal perforation or blockage, which can be fatal.
Incidents/Injuries: The CPSC is aware of 3 serious injuries.

Easy Bake Ovens
Recalled: July 19, 2007
How many: 1 million
Hazard: Young children can insert their hands into the oven's front opening, and get their hands or fingers caught, posing entrapment and burn hazards.
Incidents/Injuries: Easy-Bake has received 249 reports of children getting their hands or fingers caught in the oven's opening, including 77 reports of burns, 16 of which were reported as second and third-degree burns. Easy-Bake also received one report of a serious burn that required a partial finger amputation to a 5-year-old girl. 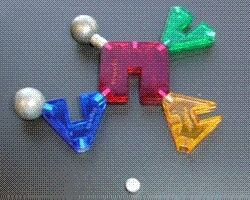 Magnetix Magnetic building sets
Recalled: March 31, 2006; April 19, 2007
How many: 4 million sets
Hazard: Tiny magnets inside the plastic building pieces and rods can fall out. Magnets found by young children can be swallowed or aspirated. If more than one magnet is swallowed, the magnets can attract to each other and cause intestinal perforation or blockage, which can be fatal.
Incidents/Injuries: CPSC is aware of one death and at least 27 serious injuries.

Baby Trend Home and Roam and Baby Express portable cribs and play yards
Recalled: February 17 1993; January 17, 2003
How many: 1.5 million
Hazard: These cribs/play yards can collapse and entrap an infant.
Incidents/Injuries: In January 2001, a 9-month-old baby in Longview, Wash., died of asphyxiation when her neck was caught in the V-shape created by the collapsed sides of her crib/play yard. There have been three other deaths and three reports of babies found not breathing (who were revived) associated with these products.

Evenflo Happy Camper play yards
Recalled: June 25, 1997; March 8, 2006
How many: 1.2 million
Hazard: The product can collapse, trapping the child in the "V" formed by the folded top rails. The rotating plastic hinges can crack or break, presenting a sharp edge or possibly allowing the child to escape.
Incidents/Injuries: Evenflo and the CPSC are aware of three deaths involving the play yards.

Playskool Travel-Lite play yards
Recalled: March 10, 1993
How many: 12,000
Hazard: If the side rails of the portable crib fold during use, an infant can become entrapped and suffocate.
Incidents/Injuries: Three deaths have been reported. In each case the infant was found entrapped in a folded crib.