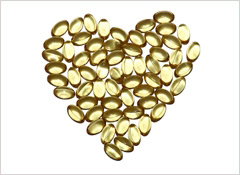 We're constantly being inundated with claims about dietary supplements, often because promising early studies are highly touted in the press. So, should we invest in more supplements for our health? The answer is usually no, based on the more robust follow up studies that often show less benefit, if any.

However sometimes a supplement really does seem to live up to the hype, and the good news about the powerful health properties of vitamin D continues to roll in. Several recent studies suggest that the nutrient known as the sunshine vitamin can indeed play a role in strengthening bones, and may also protect against certain cancers, as well as diabetes and multiple sclerosis. And a new meta-analysis published in the March 2nd Annals of Internal Medicine found evidence from two trials that vitamin D supplements may help prevent heart disease.

But after the lesson from antioxidant supplements, which failed to prevent diseases in clinical trials after promising observational studies, an editorial in the same issue of the journal argues for cautious optimism for vitamin D supplements. "Despite the promise of disease prevention suggested by available studies, we believe the evidence for widespread use of high-dose vitamin D supplementation in the general population remains insufficient," argues Eliseo Guallar, M.D. and Edgar R. Miller, Ph.D., of the Johns Hopkins Bloomberg School of Public Health. "However, the available evidence in favor of vitamin D supplementation is far more promising than for other vitamin or mineral supplements."

The promise of vitamin D supplements is indeed great. Unlike antioxidants, which can be obtained from a balanced diet rich in fruits, vegetables, whole grains, and legumes, getting enough vitamin D isn't easy. And an increasing number of studies show that many Americans—young and old—are deficient in this fat-soluble vitamin. As we take measures to cover our skin and use sunscreen to avoid skin cancer, we also shut out our major source of vitamin D: the sun. And the growing obesity epidemic may also play a role in vitamin D deficiency, since vitamin D binds to fat, further reducing the amount available where it's needed. Moreover, scientists believe we need more of the nutrient than government guidelines currently recommend.

You can increase your vitamin D levels through some foods, including fortified milk, cereals, orange juice and soy products, as well as some fish, eggs, and even mushrooms. But most people probably can't get enough of the nutrient from their diet alone. Increasing your exposure to the sun is probably not wise, at least until research determines the level of exposure can provide enough of the vitamin, without increasing your risk of cancer.

So that leaves supplements as the next best way to increase your intake of vitamin D. We need further study to know the best dose, and potential adverse effects. In the meantime, though, our experts say that most people could benefit from taking 800-1,000 International Units (IU) a day for the bone-strengthening benefits alone. The Annals of Internal Medicine analysis found a similar level of the nutrient was associated with reduced risk of heart disease in two studies. Other research suggests nearly twice that amount may be needed to reap other potential benefits.

Many multivitamins have already upped their dose of vitamin D to 800 IU, and it's available on its own as well. If you're thinking of taking a vitamin D supplement, consider the D3 form, which may be more potent than D2.