"Breast" of chicken for a cure? 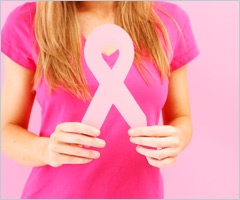 Should health organizations team up with fast-food restaurants for fundraising? That's the burning question on the minds of many this week, including our Facebook friends, in response to the Susan G. Komen for the Cure's alliance with chicken giant KFC. The campaign has set its sights on raising more than $8 million for breast-cancer research, with KFC pledging 50 cents from every pink bucket sold to SGK.

Critics, including support group Breast Cancer Action, say raising money for breast-cancer research by promoting fatty, fried foods turns a blind eye on another group of serious diseases—obesity, heart disease, and diabetes—and have openly expressed outrage. Others contend that if it's raising awareness for a worthy cause, why not? Still some applaud SGK for its efforts but question whether a healthier partnership would have been a more responsible way to get the word out.

"While laudable that two such recognizable 'brands' join arms for a worthy cause, the effort ignores evidence that obesity and high-fat diets may play a role in some cancers," says John Santa, M.D., director of our Health Ratings Center. "The fast food and processed food industries are clearly trying to redeem themselves in various ways. Perhaps KFC would be better off making its product a more healthy one than using this unfortunate marketing gimmick."

What do you think of the SGK and KFC alliance? Is it selling a breast-cancer cure, or just more fried chicken?