Do doctors mistake immaturity for ADHD? 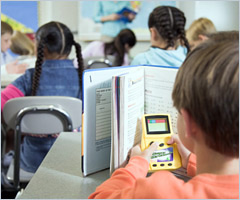 Among the medical textbooks in my office is an imposing volume nearly 1,000 pages long called the DSM-IV. This is the Diagnostic and Statistical Manual of Mental Disorders, the American Psychiatric Association's bible on recognizing mental illness.

It's a controversial book. Even though it's based on clinical research, and cautions doctors to interpret its guidelines using their own judgment, repeated arguments over its contents reflect the fact that there's often no clear line that separates typical behavior from a mental illness. While a diagnosis may be a positive step for some people, allowing them to get treatment or make an insurance claim, there's also a risk of classifying normal behavior and personality traits as illnesses.

Attention deficit hyperactivity disorder (ADHD) is one example of a diagnosis that can be controversial. The key symptoms are hyperactivity, impulsivity, and inattentiveness. It's clear that pretty much all children will show these behaviors at some point.

To avoid diagnosing ADHD incorrectly, the diagnostic criteria are quite strict. They say that a child should be diagnosed with ADHD only if:

However, new research shows that the youngest children in a school year are more likely to be diagnosed with ADHD than their older classmates. This suggests that some children are being mistakenly diagnosed with a medical condition when they're simply less mature than their peers.

Using data from a large health survey, the researchers looked at how often ADHD was diagnosed among the oldest third of children in kindergarten, compared with the youngest third. About 9.7 percent of the younger children had been diagnosed with ADHD, compared with only 7.6 percent of children who were old for their grade. The researchers say that, if ADHD represents an underlying neurological problem, diagnosis rates shouldn't change dramatically from one birth date to the next.

The drugs used to treat ADHD, such as methylphenidate (Ritalin, Methylin, Concerta) and mixed salts amphetamine (Adderall) can have side effects. So, unnecessary treatment for ADHD can have harmful consequences.

A Consumer Reports poll shows that health care providers don't always seem to follow the strict diagnostic guidelines for ADHD. If you're concerned about whether your child has been diagnosed correctly, you may want to ask another doctor for a second opinion.

What you need to know. A diagnosis of ADHD needs to be made carefully, to rule out other explanations for a child's behavior. A diagnosis can be a useful step toward getting help, but inappropriate treatment can cause children to suffer unnecessary side effects.

ConsumerReportsHealth.org has partnered with The BMJ Group to monitor the latest medical research and assess the evidence to help you decide which news you should use.

Find out what you should expect from an ADHD diagnosis and which treatments work best. For more news and tips on your child's health, sign up for our free Child & Teen newsletter.