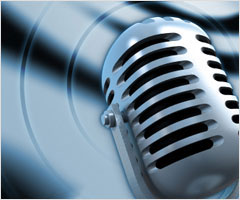 You've just bought a brand-new HDTV or Blu-ray player, and your salesperson may have tried to upsell you on expensive cables for HDMI connections with higher bandwidth than the ones that came bundled with your purchase. But do you really need to spend that extra money?

In this week's Sound Byte (click to listen), featured in last week's "Into Tomorrow with Dave Graveline," Consumer Reports Senior Electronics Editor James K. Willcox offers some sage advice: definitely not. Any standard HDMI cables should be sufficient, says Willcox. In fact, Consumer Reports has long advocated against purchasing expensive cables. For more information on this, see, "HDMI cables: Once again, don't spend more than you need to."

That's it for this week! Have a great weekend.

About Sound Bytes
Every week, Consumer Reports experts produce a short (less than two minutes in length) audio segment which cover a wide variety of issues regarding consumer electronics and technology. These small "sound bites" can be heard on Into Tomorrow with Dave Graveline. The Sound Byte that is featured in the Consumer Reports Electronics Blog is a segment that aired on last weekend's Into Tomorrow over-the-air broadcast.

About Into Tomorrow
Now in its 15th year, "Into Tomorrow with Dave Graveline" covers the Latest in Consumer Electronics & Technology available today and... into tomorrow. The show airs on over 160 AM and FM radio stations around the U.S., on SIRIUS XM Satellite Radio, radio stations in Germany, Bermuda, New Zealand, Canada and several other sources including Mobile Broadcast Network, BeOS Radio, Sprint Radio, TiVo, and many others—every weekend. "Into Tomorrow" is also heard around the world on the Armed Forces Networks in several other countries. You can also catch all Into Tomorrow episodes on the Web. (The most recent show is usually added about three or four days after it has been broadcast on the radio.