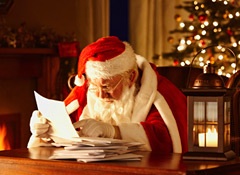 Safer baby products. As a parent, I do my best to keep my kids out of harm's way, but it's a fact of life that kids will get hurt. Too often, an avoidable product design problem or defect is involved. Babies are particularly vulnerable because their behavior and developmental changes can be hard to predict. Our November 4th blog reported that in 2009, the number of serious injuries associated with nursery products increased by more than 10,000 over the previous year. So too have the number of nursery product recalls, which seem to have hit an all-time high.

The squeeze to push out high-volume, low-cost nursery products should not jeopardize child safety. Meeting voluntary safety standard or even government regulations is not good enough. So, I wish that all manufacturers would spend the time to make sure their products are safe under all foreseeable use conditions before they come to the market, rather than rely on recalls to pull them back after kids get hurt. -Don Mays

Regulation of nanomaterials. Nanotechnology holds a lot of promise for more effective medicines and new, more energy efficient products. But the safety and environmental impact of those minuscule particles is not well known or studied. That's particularly disconcerting as these new nanomaterials are increasingly used in food, cosmetic and other applications in which they are ingested, inhaled, or absorbed through the skin. We discussed this concern in a blog post least December on sunscreens. I'd like to see all the federal agencies regulate engineered nanomaterials as new substances, subject to pre-market safety testing and product labeling. -Carolyn Cairns

Bike helmets for everyone. I'd like to see every kid, everywhere, wearing a helmet when they ride a bike. Adults too! As we reported on our March 15th blog post, there are now more deaths associated with bicycles than with those dangerous ATV's. And there's no better way to protect your brain from serious injury than to wear a helmet. Don't worry about buying the most expensive one: cheap helmets offer the same protection. For ratings on bike helmets for kids, go to the Subscribers section of this site. -Desiree Ferenczi

The end of "they should have known" recalls. Most recalls occur when unpredicted hazards surface after the product is brought to the market. But we're regularly dumbfounded by the recalls for safety issues that even a child can see, like drawstrings on children's outerwear. The strangulation hazard with these is obvious and, in some cases, the product violates current laws. I wish retailers would do a better job of inspecting their goods before they stock their shelves, and reject any product that has an obvious safety hazard. -Jonea Gurwitt

Safer power tools. I'm a woodworker and I love spending time in my shop making sawdust and the occasional useful item. But one thing that has struck me as I am poking around the shelves at my local woodworking store is that there are an awful lot of folks there with missing fingers. Table saws, the cornerstone of nearly every personal wood shop, are responsible for more than 31,400 per year, according to the latest available statistics. And that's just injuries suffered in home shops and doesn't include such mishaps that occur on the job. The vast majority of those injuries--about 93 percent--occur when hands or fingers come in contact with the blade. Sadly, many of these injuries happen because woodworkers have removed blade guards or other safety features. Sadder still is that there is technology available that can tell the difference between flesh and wood and instantly stops the blade before serious injury occurs. We tested the technology and it worked well. Although it's only available on expensive commercial-quality table saws, we'd like to see the technology become a part of the power tools homeowners and hobbyists typically buy. I know I would be willing to pay a few more dollars for the added safety. -Bob Williams