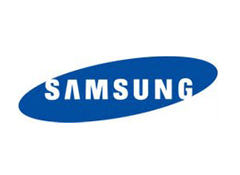 Based on Samsung's announcement at CES—and a comment made during Sony's event the day before—getting cable or satellite TV programming on your TV may soon be as simple as clicking an onscreen app, largely freeing consumers from the need for a set-top box.

However, until TV service providers offer a cloud-based network DVR, you'll still need at least one set-top box to record and store TV programming, which can then be delivered via a home network to other connected TVs.

During a keynote address at CES, Samsung announced that Time Warner Cable customers will soon be able to access their cable content on Samsung "Smart TVs" and its Galaxy Tablet via an application that will be available in Samsung's app store. Time Warner Cable customers will also be able to access programs recorded on a DVR elsewhere in the home directly on the Samsung Smart TVs, without the need for additional set-top boxes.

At CES, Samsung also announced similar (but not exactly the same) deals with Comcast and DirecTV. Using a multi-room technology called RVU (Remote User Interface) [See the note in the Comments section, below-Ed.], DirecTV customers will be able to  distribute live programs and recorded shows stored on their DVRs to several Samsung Smart TVs around the home without additional boxes. RVU  will be supported on Samsung's LED D6000, LED D6400, and LED 6420 TVs, which will be availabe starting in March.

The deal with Comcast brings Comcast's new Xfinity TV service to Samsung Smart TVs and especially to its  Galaxy tablet, which you can use to search across TV, DVR recordings, and video-on-demand offerings using an icon-driven interface. In essence, the Galaxy Tab becomes a super-charged video remote control that lets you browse and select programs via a virtual TV programmimg guide, program your DVR, and watch videos on its built-in display.

Another feature, similar to what we saw in a demo for Panasonic's tablet, lets you start watching a movie on a Galaxy tablet, pause it, and then resume viewing on a Samsung TV at the place you left off. An Xfinity service app will available on Samsung Smart TVs later this year, and in the app store for Galaxy tablets.

As far as Sony, its mention of a deal to provide access to Time Warner cable service via an app rather than a set-top box was a mere aside in the company's larger presentation, and no specifics were released. We expect to hear more about this deal, and others like it, from more TV manufacturers and service providers later this spring.

While TV service apps promise to reduce the number of set-top boxes in some homes, it doesn't allow most of us to go completely box-free. That won't happen until TV service providers launch "remote" DVRs, where programs are stored on their servers rather than locally on local hard drives built into DVRS.

All TV Ratings
Subscribers can view and compare all TV Ratings.
Recommended TVs
Look at the ones that we chose as the best of the best.