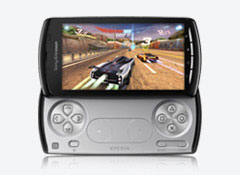 Three new smart phones that want to be either your gaming system, camping buddy, or 3D movie viewer also perform pretty decently as phones, according to new test results from our labs: The Sony Xperia Play, $200 from Verizon; the Casio G'zOne Commando, $150 from Verizon; and the HTC Evo 3D, $200 from Sprint (respectively) are all recommended in our newly updated Ratings, available to subscribers.

While the voice quality on all three was nothing special, they were otherwise solid or better performers in most respects (our Ratings offer details).

That's just as well, because the three novel phones are competent but imperfect at their special talents. The HTC Evo 3D, for example, is the first phone with a special display and cameras that give you a glasses-free 3D experience. We found the 3D effect decent for video and photos, but you have to hold the screen at a specific distance and angle, and only one person at a time can view it properly. Move it an inch or so, and the cool 3D image looks like blurry 2D.

The Casio Commando is the first smart phone we've seen with a rugged, weather-resistant case to keep you connected on tough terrain or in foul weather (our Ratings of cell phones includes a number of rugged models, including the $100 Sanyo Taho on Sprint and the $150 Casio G'zOne Ravine on Verizon). The Commando, which has a reasonable-size 3.6-inch touch screen, features a programmable Tactile Key button that you can push to launch handy outdoor tools, including a compass, thermometer, and pedometer, as well as other applications. But this 6.1-ounce whopper is heavier than most phones we've tested, and the weather-resistant case makes it a bit of a challenge to access the battery and memory card.

The Sony Xperia Play is a smart phone with a Sony PlayStation Portable grafted onto it, and it does a fine job at both of its roles. Behind the phone's 4-inch, high-resolution touch-screen display with a finger-driven interface is a slide-out game pad, complete with four directional buttons, a dual touch pad for in-game navigation, and two shoulder buttons.

Like other gaming handhelds, the Xperia Play has built-in Wi-Fi that enables you to engage other gamers via the Web. And it comes preloaded with a ton of games. But some of them, like Sony's Crash Bandicoot, have a somewhat dated, first-generation PlayStation look and feel to them. And the quality of video recorded with the phone's 5-megapixel camera fall short compared to the better pocket camcorders.