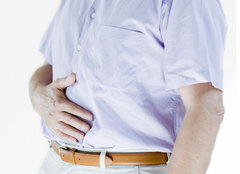 If you take Byetta or Januvia to control your blood sugar levels, you might have a small, but increased risk for a condition marked by stomach pain and nausea. Not only are the drugs more expensive and no more effective than our Best Buy Drug picks for diabetes, they're associated with an increased risk for pancreatitis, or an inflamed pancreas, according to a new study in JAMA Internal Medicine. We recommend asking your doctor if you shouldn't be taking another drug in the first place.

Researchers at Johns Hopkins in Baltimore analyzed the medical records of 1,269 people with type 2 diabetes who filled at least one prescription for any diabetes drug over a three-year period. The researchers found 87 of the patients who developed pancreatitis were taking Byetta or Januvia, while 58 of the people who developed pancreatitis were taking some other diabetes drug.

Tens of millions of people take these drugs, though our experts say other drugs--metformin (Glucophage and generic) and a sulfonylurea (glipizide or glimepride)--are better first choices for most people. "In my opinion, Byetta and Januvia are third-line medications for type 2 diabetes, behind metformin and sulfonylureas" says Marvin M. Lipman, M.D., an endocrinologist and Consumer Reports' chief medical adviser. "And patients who take them should be warned about the early signs of pancreatitis."

Also talk with your doctor about lifestyle changes, such as weight loss and dietary changes, that can help you control the disease. Those measures can be as effective medication, especially in the early stages of diabetes.

See our Best Buy Drugs report on diabetes drugs and our advice on how to prevent and treat diabetes.