Will health reform make it easier to buy Medigap plans? 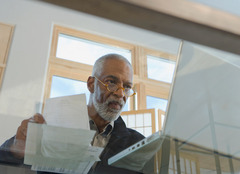 Q. My Medigap policy was cheap when I bought it but it's expensive now that I'm 76. I tried to switch to a cheaper plan but was turned down because of some health conditions. Will health care reform prevent Medigap plans from doing this?

A. It's a perfectly sensible question, but I'm sorry to tell you the answer is no. Medigap (Medicare supplement) policies are not subject to the highly popular provision of the Affordable Care Act that bars health insurance companies from turning people down based on pre-existing conditions.

Outside of certain specified times, insurers can and sometimes do refuse to sell Medigap plans to people with pre-existing conditions. That's why you need to be informed and careful about your Medigap decision when you first sign up for Medicare.

The most critical time is the six months after you first enroll in Medicare Part B. During that period, you can buy any Medigap policy you want, and the insurer can't turn you down or charge you more than anyone else your age even if you have pre-existing conditions.

You also have the same rights if you have a retiree or union plan that fills in Medicare's coverage gaps but it ceases operation, or if your Medicare Advantage plan closes up shop or you move out of its coverage area. Read more about the difference between Medigap and Medicare Advantage.

Otherwise, you may be stuck with what you have. Although it never hurts to shop around. "Medigap plans are generally more permissive about underwriting than health plans sold to younger people," said Bonnie Burns, a Medicare expert with California Health Advocates, a nonprofit consumer group. "Some are more strict than others."

If you haven't already, you should check out UnitedHealthcare's AARP-branded supplement plans, which dominate the market and seem to have less strict pre-existing condition policies than some other plans. An AARP spokesman told us that these plans accept all applicants except those with end-stage kidney disease. And if you have recently been in the hospital or been told you need surgery, they'll defer your acceptance for 90 days after the hospital stay or surgery.

It's also worth mentioning that fact that your premiums may have gone up because you bought a plan with so-called "attained-age" premiums. They're deliberately designed to start out low when you're 65 and increase the older you get. People buy them because they're cheap, not realizing that when they get to be your age, they're going to be the most expensive. We recommend purchasing policies that are community rated, meaning that premiums are the same no matter what your age. They'll be a little more expensive when you first buy them, but less expensive than an attained-age policy when you get older.