Are Beats by Dr. Dre headphones worth the money? 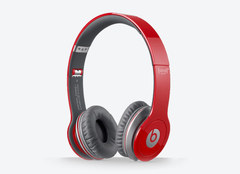 Do you care whether your headphones look as good as they sound? If so, you might be considering a model in the Beats by Dr. Dre line. Developed in conjunction with Monster Cable, Beats helped usher in the era of higher-priced, logo-embossed headphones bearing a celebrity endorsement. Certainly, based on the number of people you now see wearing Beats models (with the distinctive lower-case "b" on the earcups) around their necks, they have an obvious appeal.

If you don't really care what your headphones look like, my advice for the past dozen or so years or so has been to buy a pair of Grado SR60i ($80) or SR80i ($100) on-ear models. Despite their somewhat stodgy appearance, they'll give you a taste of what high-end audio sounds like for about the cost of an average dinner for two in New York City. But based on the growing popularity of celebrity and fashion-oriented headphone models—including the Beats by Dr. Dre series—it seems that an awful lot of us do care about the look of what we're wearing in, on, or around our ears.

Last year, despite nearly a half-billion dollars in sales, something surprising happened: The highly successful Beats/Monster deal unraveled. The story of how Monster lost its deal with Beats is fascinating. You can get the back story on what transpired in this great Gizmodo article (link below), but the key element to the split is that Beats, not Monster, retained the design, engineering, and branding rights the the Beats product line. (Following the split with Monster, Beats signed a deal that gave phone giant HTC a 51 percent stake in the company.)

Find the best model for your needs and budget: Check our headphone buying guide and Ratings.

So this leads us to the key question many of us have pondered as the latest Beats headphones have hit the market: Is the attraction to Beats by Dr. Dre headphones purely physical, or do they actually sound good?

The answer—yes, they generally do—might be surprising to doubters. Beats headphones tend to have a consistently bass-heavy sonic signature that fans of certain types of music, such as hip-hop and dance, may appreciate more than others. But most of the models we tested deliver satisfying sound. But a second question, whether they are worth the money, is a bit more complicated.

In our just-published new headphone Ratings, several Beats models did very well. In fact, in the noise-canceling category, the Beats by Dr. Dre Executive, a $300 set of larger on-ear headphones, topped our Ratings, with excellent sound quality and very good noise reduction. We also like the Beats Studio, the $300 on/over-ear headphones that started the whole Beats craze. While neither of these models is cheap, they're the same price as the highly rated Bose QuietComfort 15, and they cost $100 less than two other top-rated models, the Sony MDR-NC500D and the PSB Speaker's M4U 2.

The $200 Beats Solo, a lighter, less expensive on-ear version of the Studios (without the noise canceling feature), also deliver very good overall sound quality, though in that category they cost more than competitors with similar sound scores. But the $100 Beats by Dr. Dre urBeats didn't fare as well. These earbud-style earphones had only good sound--while fine, the sound quality is below that of many lower-priced models in our Ratings.

Bottom line. You're probably paying more for the Beats name, especially for models without active noise cancellation. In almost almost every category there are lower-priced models that offer the same, and sometimes better, sound quality. So if sound quality is your only consideration, choose one of those models rather than a Beats set.

But in almost every category of consumer goods, there are some brands that command a higher price because they have developed an allure that transcends their component costs, Apple being an obvious example. If design, aesthetics, and personal identification with a brand are important to you as a consumer, then Beats headphones may well be worth the extra money, provided you find their sonic signature compatible with the style of music you most enjoy. Most of Beats headphones we tested can deliver very good to excellent sound, so you'll have to determine whether the value of these other elements are commensurate with the price you're being asked to pay.

The Exclusive Inside Story of How Monster Lost the World [Gizmodo]

View and compare all Headphones ratings.