Consumer Reports fielded its first survey in 1940—a nine-question print survey of members.  Since then, this member survey has grown into a large multi-section quarterly omnibus that produces the data behind many of Consumer Reports’ product and service ratings. In the early aughts we began conducting nationally representative surveys of the U.S. adult population on topics as broad as amusement parks and computer technical support.  Today, we field numerous nationally representative surveys annually on topics important to the safety and security of today’s consumer, such as student debt, auto emissions, and data privacy.

Base: Respondents who have been personally responsible for student loans within the past five years. (1,279)
SAFETY
more on safety
2019 WATER SAFETY SURVEY
Americans who regularly avoid drinking their home tap water due to safety concerns. 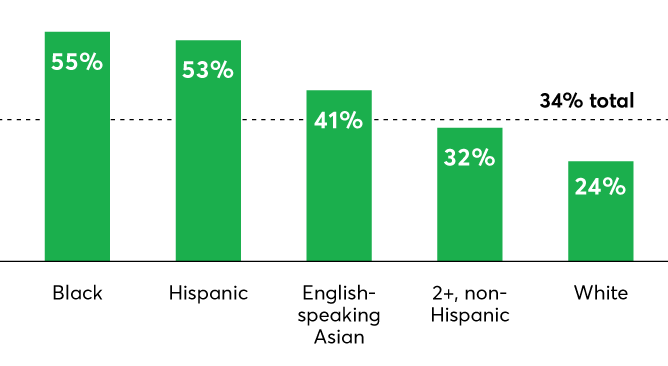 To support our robust national survey program, in January 2020 we kicked off a monthly nationally representative omnibus survey, the American Experiences Survey (AES)—fielded using the AmeriSpeak® Panel through NORC.

SUSTAINABILITY
more on sustainability
JANUARY 2021 AES
The importance of fuel economy to Americans when considering what vehicle to purchase or lease. 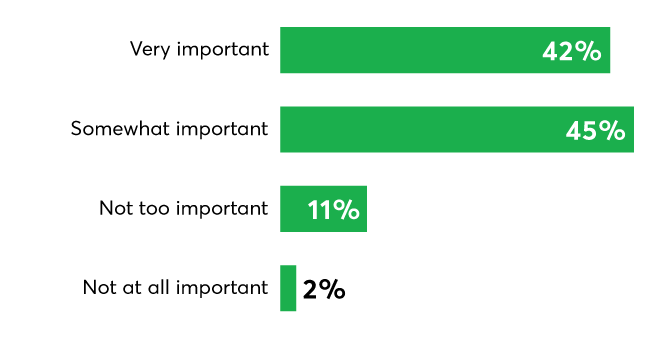 Base: All respondents, excludes those who responded ‘Not applicable‘. (2,143)
DIGITAL RIGHTS
more on digital rights
FEBRUARY 2021 AES
The extent to which Americans agree or disagree that internet service is as important as electricity or water service in today’s world. 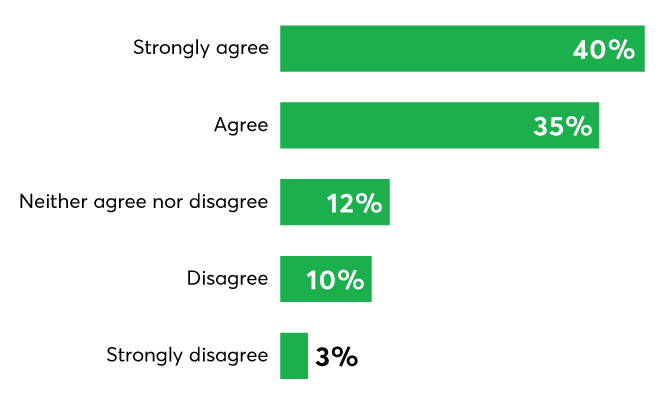 All nationally representative CR surveys are fielded in both English and Spanish and include oversamples for English-speaking Asians. Consumer Reports is a proud member of The Roper Center for Public Opinion Research. Our team adheres to the AAPOR’s Code of Ethics and all members are active participants in the professional survey research community.

Meet the dedicated experts who work on CR’s national survey team.
For more information please reach out to us.

Improving product safety has always been at the core of CR’s mission. Below are examples of how our surveys help drive that effort by measuring consumer awareness of and exposure to potentially faulty or unsafe products and services.


A fair marketplace is one in which all consumers have access to the resources and services they need to build a financially safe, secure and stable life. Our survey work has been instrumental in identifying where things like hidden fees, student debt, and inaccurate credit reports are hurting consumers.

Americans today, particularly younger adults, recognize the real threat of climate change and there is growing awareness of how low-income families and communities of color are disproportionately affected by extreme weather events, exposure to air pollutants, and a lack of cost-effective sustainable choices. CR’s surveys have helped document these disparities and shifting attitudes among the American public.

Most consumers want more control over how their data is collected and shared, are concerned about the growing power of large tech companies, and worry about how unseen algorithms are shaping their choices, yet they often feel powerless to address these marketplace practices. CR surveys show the stark disconnect between consumer expectations around digital rights and the myriad ways the current marketplace fails to meet them.

Reliance on the Internet Fact Sheet

The Evolution of Consumer Attitudes toward Online Tracking, 1995-2019 (Report)

The COVID-19 pandemic changed almost every facet of our lives overnight, and continues to have financial and health repercussions for many Americans. From the very beginning of the outbreak, our surveys have tracked Americans’ growing concern around the virus, adherence to recommended safety practices like mask wearing and social distancing, and shifts in our ways of working, consuming, socializing, and teaching our children.

May 2020 AES (COVID items only) Toplines

Our survey work often drives CR content. Some examples below:

Protect Yourself From Hidden Fees

In addition to these core areas, CR surveys track and measure other major, emerging trends and behavioral shifts in the consumer space.

More From Consumer Reports
SHOW COMMENTS commenting powered by Facebook
Be the first to comment
Thanks for sharing.
Oops, we messed up. Try again later