Teenage drivers have the highest crash rate of any age group

For many parents, adding a teenage driver to the family insurance policy and handing over the car keys is a proud but scary moment. They know too well that teens have the highest crash rate of any age group, and they’re concerned about safety. The risk might strike fear in a parent’s heart, but so too might the expectation of what’s going to happen to their insurance bill. Our analysis found some good news. Adding a teen doesn’t have to be exorbitant, although it might mean that you’ll need to quit your current insurer and switch to a new one if you want a better price.

Some insurers charged our sample married couple as much as 250 percent more for adding a 16-year-old driver to the family policy; others charged a lot less. On average nationwide, the impact was a 90 percent premium increase. Hawaii had the lowest average increase and Alaska had the highest. That’s an additional $312 to $2,000-plus per year.

But when we drilled down by state and insurance company, individual savings opportunities emerged. In California, a 55-year-old couple without a child might choose Allstate Indemnity for its $1,762 annual premium, the lowest of the 16 companies we compared in the Golden State. But when they added a 16-year-old son to the policy, the premium jumped 194 percent, to a mammoth $5,182.

Consumers tend to renew their car insurance automatically, so if our couple erroneously assumed that such a price hike was standard, they might simply pay up. But shopping around would save them a bundle. Auto Club would charge the couple with the teen only $2,667 per year, 51 percent* more than they had been paying.

(*Editor's note: This article was updated on August 18, 2015, to correct an error in the percentage increase that our example California married couple would experience if they were to switch from Allstate to Auto Club after adding a 16-year-old driver. Their premium would increase 51 percent, instead of the 4 percent originally reported.)

There’s good reason why you should hunt for the best price: From 2004 to 2013, the number of drivers age 16 to 19 involved in fatal crashes plunged 55 percent, according to the Centers for Disease Control and Prevention. Safer cars may be one reason. Graduated driver licensing programs, which limit nighttime driving, restrict the number of teen passengers, and require supervised driving, may be another. They’ve reduced teen crashes by 10 to 30 percent on average, says the Insurance Institute for Highway Safety. But recent research also suggests that fewer kids are getting behind the wheel, because of the high cost of owning and operating a car. Where a Teen Driver Costs More – and Less

Average increase in premiums our sample family would have to pay for adding a 16-year-old teen driver to their policy in each state and county. 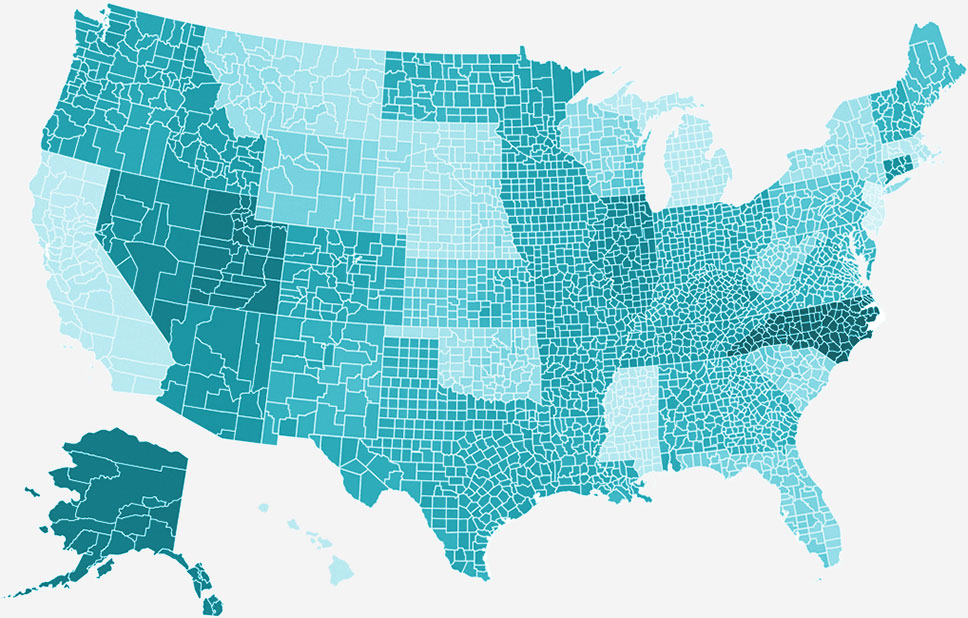