Narcotic medicine can be deadly after spinal-fusion surgery 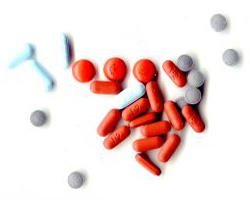 A new study in the April issue of Spine underscores our concerns about taking narcotics for back pain. The study looked at nearly 2,400 patients who had undergone lumbar-fusion surgery for lower-back pain, usually from degenerative disk disease. After about six and a half years, 103 had died. Of those deaths, 21 percent were linked to pain relievers, especially narcotic ones such as codeine, morphine, and oxycodone.

Spinal fusion was the most common surgery in our April 2009 back-pain poll. While satisfaction with the procedure varied according to diagnosis and type of surgery, those with degenerative disk disease were far less likely to be highly satisfied (54 percent) than were those with a herniated disk (73 percent).

Spine-surgery rates in the U.S. have skyrocketed over the past two decades and are higher here than anywhere else in the world. The related costs are staggering: In 2003 Medicare spent more than $1 billion on lumbar fusions. Your chance of having a back operation depends largely on where you live, since doctors in some regions of the country are more aggressive than in others.

Over half of our survey respondents who were prescribed drugs tried narcotic pain medication (subscribers only). But there are almost always better solutions. For one thing, there's actually little good research documenting the benefits of narcotic pain medication, or opioids, in treating acute lower-back pain. And, as the Spine study shows, taking opiods can be risky. About a quarter of people taking opioids for back pain misuse the drugs by, for example, taking excessive doses, getting them from more than one doctor, or giving them to friends, research suggests. And emergency-room reports of opioid overdose have risen sharply in recent years.

CR's Take: If your doctor suggests spinal fusion, get a second opinion. And hands-on-therapies (subscribers only) and other treatments have been shown to be more effective and less risky than opioids.