How to access newsgroups when your ISP dumps Usenet 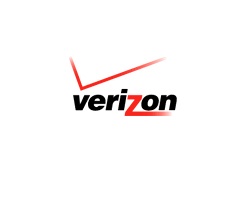 Verizon recently joined the likes of Comcast and Time Warner, becoming the latest Internet service provider to stop giving its customers access to newsgroups on Usenet, a decades-old collection of thousands of message boards worldwide.

In announcing its decision, Verizon mentioned a Web site that lists third-party commercial "news servers" that provide Usenet access for around $10 a month. Some offer free or low-cost trials.

What Verizon didn't tell customers is that they can get free access to Usenet and other types of message boards through Google Groups. A Web-based service like Google isn't as convenient as using news reader software, such as Windows Outlook Express or Windows Mail. But unlike with software, you can use Google to search the so-called Usenet archive, a database of more than 800 millions posts going back to 1981.

You also may find free news servers by searching the Web. We found a couple of sites that list them, including Newsparrot and the DMOZ open directory project. Some of the information we saw was out of date. But on Monday, we were able to post messages through one free server, news.gmane.org. For information about adding a news account, check your newsreader's help files.

In addition, Microsoft continues to provide access to its free news server, which carries hundreds of Microsoft-specific groups devoted to the software maker's products. Those groups are patrolled by Microsoft-certified volunteers, as well as by other software experts, making them among the best resources for getting free help in troubleshooting computer issues, whether you're looking to build a complex Excel formula or trying to fix a problem with your wireless connection.

Access to Microsoft groups, which it calls "communities," automatically is built into Windows Mail and Windows Live Mail. Web-based access is available through Google Groups and directly on the Microsoft Web site.

If you're not familiar with Usenet newsgroups, you're like many other computer users. Partly that may be because of term "newsgroup" itself, which has nothing to do with the news. And newsgroups have cryptic, geeky names, such as alt.autos.toyota.camry, a group that Camry owners use to discuss issues related to their vehicles. Finally, some newsgroups have been used to post child pornography and have been subject to increasing criticism from state attorneys general. In reality, just as with Web sites, only a very small percentage of groups have been used for such purposes.

As a result of these developments and the increasing number of ISPs that are shutting down their news servers, newsgroup use has been declining, and some groups now are littered with spam and other off-topic messages.

The Verizon spokeswoman said the numbers of its customers accessing Usenet was down to the "low thousands." She would not say how much money the decision was saving the company. In any event, Verizon has not dropped its Internet service prices. The spokeswoman said Verizon would "work with" anyone who decided to switch ISPs because of its decision to end Usenet access, even if they have a contract with an early termination fee.

"We would definitely work with any customer who said that was the reason [he or she] were leaving," she said.–Anthony Giorgianni