9 items not worthy of your holiday cash 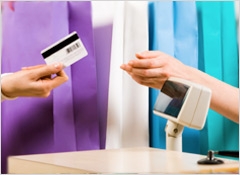 We've blogged about healthful gifts you can feel good about buying yourself, especially if you have holiday gift money burning a hole your pocket. Now we've come up with a list of nine items that aren't worth your money, either because they performed poorly in our tests, they pose a potential risk to your health, or both.

Don't worry if you already picked up one of these items or received it as a gift. Just find the box, put the product in it, and get yourself to the returns-and-exchanges counter promptly. These products offer no way to start a new decade:

1. The Ab Rocket exercise machine. This $100 infomercial gadget worked abdominal muscles less than a regular crunch—yes, the kind you can do for free on your own floor. Some of our testers felt like their heads were in an uncomfortable position.

2. The Best Fitness BFT1 treadmill. This folding treadmill ($1,000) earned a Don't Buy: Performance Problem rating in our just-published tests because its incline feature malfunctioned on two of the three models we tested. On one of them, the incline controls stopped working completely after the test began.

3. The Night Light condom. I can attest that this condom lives up to its glow-in-the-dark claim. (I held it up to the lamp and then sat under my desk with it.) It was the weakest of the 20 latex condoms we tested for our December 2009 report, and it had a higher-than-average rate of holes and other physical flaws. Watch how we test condoms. (Who knew they could hold so much air?)

4. Latisse. Unless you have a medical reason for using it, this eyelash-growing drug is unnecessary at best and potentially risky at worst (permanently darkened eyes, anyone?). And it costs more than $1,000 a year. What's wrong with mascara?

5. Overpriced eye creams. Lancôme High Resolution Eye Collaser-5X Intense Collagen Anti-Wrinkle Eye Serum ($59) was among the most expensive anti-wrinkle eye creams we tested and offered little improvement in fine lines and wrinkles around the eyes compared with other creams. Perricone MD Cosmeceuticals Advanced Eye Area costs a whopping $95 for the same amount and performed only slightly better—and our sensory panelists said it smelled like fermented fruit. If you prefer a high-end brand, go with Dr. Brandt Lineless ($60), which visibly smoothed wrinkles. So did Olay Total Effects Eye Transforming Cream, and it costs only $20.

6. Diet pills. The past year was an especially bad one for weight-loss pills and potions. In March the Food and Drug Administration released a list of 72 weight-loss products that it found to be illegally tainted with prescription drugs, sometimes at doses several times the safe daily maximum. In May the agency announced a recall of the dietary supplement Hydroxycut after reports linked it to 23 cases of serious liver damage, including one death. And in August a review of adverse event reports by Consumer Reports' Best Buy Drugs project revealed numerous adverse events, including cases of rectal bleeding and kidney, liver, and thyroid problems among people taking orlistat, the ingredient in the over-the-counter weight-loss drug Alli and the prescription drug Xenical. We'd previously warned against using orlistat because of its modest weight-loss results and embarrassing side effects.

Trust us, when someone discovers a way to lose weight without changing your eating habits or doing a lick of exercise (and without risking a heart attack, a stroke, or worse), we'll tell you about it—right before we quit our jobs to become supermodels.

7. Dollar-store vitamins. Be careful where you buy. The last time we tested no-name multivitamins from outlets like the Dollar Store, Family Dollar, and Big Lots, nearly half failed to meet the label claim for one or more nutrients, and a few didn't dissolve properly. And they don't offer that much savings over better-known brands—particularly if you buy store brands (such as CVS, Rite Aid, and Walgreens). So why take the gamble?

8. Banana Boat Kids Tear Free SPF 50 sunscreen. No kid (or adult) wants to end up looking like a raisin—and this sunscreen did the poorest job of the 10 we tested at screening out UVA rays, the ones that cause wrinkles and skin aging and aren't accounted for in a sunscreen's SPF number. (It did fine against the other type of ultraviolet rays, UVB, on which SPF is based. Both types of rays contribute to skin cancer.)

9. Kinoki footpads. If you put on one of these footpads before you go to bed, it will indeed turn brown. But that's not because it draws toxins from your body. Simple informal experiments suggest that moisture from your feet causes the color change. The Federal Trade Commission has charged the company's marketers with deceptive advertising. Meanwhile, our medical consultants question whether the body even needs to detox.