How to choose a diaper pail 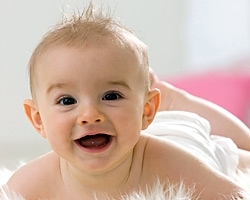 Changing diapers, of course, is the least glamorous aspect of taking care of a baby. But it must be done many times a day, and the right diaper pail can make the job easier. That's especially true if you have more than one baby at a time in diapers—twins or triplets, or children close in age.

The type of diaper pail you'll want depends on whether you're using cloth diapers or disposables. Cloth-diaper users may favor a "dry" pail, a lined plastic pail you put rinsed diapers in until wash time. "Wet" pails—a plastic pail for soaking diapers before laundering—were once the standard, but are not used much anymore. The typical disposable-diaper pail is also plastic, and it may be rigged with special liners or devices that dispel diaper odors, or for use with regular garbage bags.

The right diaper pail can make diaper duty less of a chore. Pails that use their own liners typically contain odors better than those that use garbage bags, but refills do cost more, though some products that take garbage bags may claim to control odors. If you use cloth diapers, dump solid waste into the toilet before depositing a soiled diaper into the pail. It's a good idea to dump waste from disposables, too; that added step helps cut down on the odor. (See cloth vs. disposable diapers.)

Look for a secure lid; any diaper pail can be a danger to a young child. Plastic liners in a disposable or dry pail are a suffocation hazard; water in a soaking pail is a drowning peril. And a child who lifts a diaper pail lid and falls in may not be able to get out.

Capacity counts too, although we have found in previous testing that manufacturers may claim a pail holds more than it actually does. But as diaper size increases, any pail holds fewer diapers. And besides, whether you go with cloth or disposables, you will want to regularly empty the pail anyway to minimize odor. A pedal- or motion detector-opening mechanism makes disposal faster and easier. A taller pail means you won't have to bend as far. When you're changing diapers all day, every day, anything that helps you out is a plus.

Seventh Generation diapers and other products to be sold at Walmart

Take the stress out of potty training