8 steps for preparing for radiation exposure and other emergencies 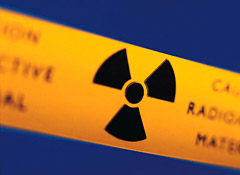 It's still unknown whether a partial or complete meltdown of several nuclear reactors in Japan, caused by last weekend's earthquake and tsunami, would pose any health risks to people in Hawaii or on the West Coast of the U.S. Still, the recent events in Japan underscore our advice on the need to prepare for emergencies, whether from a malfunctioning nuclear power plant, an earthquake, or other cause.

People living within 100 miles of a nuclear power plant should consider keeping a supply of the pills on hand, particularly if they live with children. The pills should be taken as soon as there's a confirmed report of radiation leakage from a nuclear plant, though they may still provide substantial protection if taken three or four hours after exposure.

The pills are available without a prescription. Some pharmacies sell them over-the-counter; they're also available online at Anbex.com and Thyrsosafe.com. Brand names include IOSAT (130 milligrams) and ThyroSafe (65 mg).  For dosing information, read the labels and see the Food and Drug Administration's website.

While potassium iodide reduces the risk of thyroid cancer, it doesn't protect against radiation poisoning (nausea, vomiting, or bone-marrow depression), which might strike people living very close to a plant that has released huge amounts of radiation. Moreover, iodide doesn't protect against other radiation-induced cancers. So if there's a major radiation leak, it's important to leave the area and seek a supply of uncontaminated food and water.

2. Make a ‘go bag'. Store the following supplies in a bag for home use or evacuation:

• At least three days' worth of nonperishable food, water, and essential medicines.

• Iodine tablets or bleach to disinfect water if you can't boil it.

• Candles and matches as well as flashlights or battery-powered lamps.

• A battery-operated TV or radio.

• A first-aid kit and book.

• Copies of important documents (such as birth certificates and passports).

Consider keeping separate go-bags (excluding the documents) at work and in your car.  You may also want to keep your car's tank at least half full, since gas pumps may not work if there's no electric power.

3. Know the safe spots. The safest locations in your home include load-bearing interior walls or doorways during an earthquake and the basement during a tornado or nuclear emergency.

4. Know how to shut down. Teach family members how and when to turn off the water, gas, and electricity in case of damaged utility lines.

5. Get ready to rendezvous. Designate two places where your family will reunite after a disaster: one near your home and another outside your neighborhood. Give all family members a wallet card with relevant addresses and phone numbers.

6. Create a call-in contact.  After a disaster, it's often easier to call long-distance than locally. So ask someone out of state to be your family contact and tell family members to call in if they can't get to the meeting place.

7. Plan for pets. Pack a disaster supply kit in advance, including pet food, leashes, and veterinary records.  Since pets usually aren't permitted in emergency shelters, you may have to leave them at an animal shelter, kennel,  or friend's home.

8. Investigate likely dangers.  Ask your local American Red Cross chapter or county emergency-management office to mail you or refer you to information about the most likely disasters in your area. Ask specifically about the warning signals, evacuation routes, and emergency services in your community as well as where to seek shelter. You should also find out what the disaster plans at your family's jobs, schools, or day-care centers require you to do.

Read more about protecting your home from a disaster. And see the Federal Emergency Management Agency's planning guide.