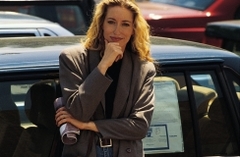 If you're relying on a dealer loan to finance your next car, you could end up paying hundreds of dollars more than if you financed elsewhere.

A study by the Center for Responsible Lending found that dealers mark up auto loan rates an average of 2.47 percentage points, adding $714 to the loan.

The report analyzed 2009 new and used car loan data from 25 auto finance companies representing 1.7 million accounts. It projected that the markups will cost car buyers $25.8 billion over the length of their loans.

The biggest markups, an average of 2.91 percentage points, were for used-car loans. New-car loans were marked up an average of 1.01 percentage points. Markups also tended to be higher for those with bad credit and for loans involving relatively small amounts or long terms. Some lenders cap the amount dealers can mark up the loans, but such caps typically aren't imposed by finance companies that lend to subprime borrowers, the study found.

Car buyers typically don't realize that dealers mark up lenders' rates and, as a result, end up unknowingly paying more.

What to do
Don't finance a new or used car without comparison shopping for loan rates. Check out local banks and credit unions, which may be particularly competitive, and online lenders, such as CapitalOne

If a dealer offers to finance your car purchase, one option is to negotiate the rate. But some consumer advocates recommend against dealer financing because of an illegal practice known as yo-yo financing, Some dealers have been known to sell cars after quoting an especially low loan rate that's subject to approval. Later, the dealer notifies the customer that the loan was rejected and that the buyer either has to agree to a higher rate or return the vehicle. The consumer group Public Citizen offers advice on how to avoid being a victim of yo-yo financing.