How much of your car is made in America 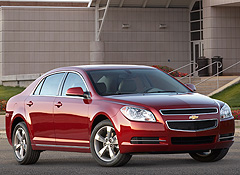 With the July 4th holiday right around the corner, consumers are reminded about supporting our economy and buying American-made products. While many products we use are clearly labeled with the country of origin, for vehicles, that's not always clear cut. So what constitutes an American vehicle? Sure, we think about American-branded automakers--Chrysler, Ford, and General Motors--but many foreign automakers have factories and R&D facilities in the United States and design, develop and build vehicles for sale in this country, employing part of America's workforce. In several cases, a vehicle wearing a foreign brand, is conceived, designed and built by Americans, in America, for Americans. So you are still supporting U.S. workers throughout the process all the way through dealership personnel.

ABC News has a fun interactive feature based on data from the National Highway Traffic Safety Administration's (NHTSA) American Automobile Labeling Act (AALA) Report that shows what percent of your vehicle is made in America. To look at the larger picture, we pulled together a list of the top-selling vehicles based on May sales data and for the last 5 months of 2011 to compare sales data with the percentage of parts made here.

As you can see, for the sedans, the top-selling Honda Accord and Toyota Camry are mostly made in America. For SUVs, the Escape is the strongest seller and more than half of its parts are made here. The two Jeeps have around ¾ parts made in this country. None of these vehicles have 100 percent U.S content, though.

The vehicles with the highest percentage of American parts:

If buying American products is important to you and you're in the market for a new car, it may be worth checking out the ABC News interactive to see which vehicle will benefit American workers the most. Keep in mind, though, that even cars not made in the U.S. are still sold by your friends and neighbors who work at or own these retail stores. But above all else, it's most important to buy a good, safe, and reliable car--regardless of who builds it. To see which are tops in our tests, check out our model overviews for Ratings and recommendations on individual vehicles.

For more on how the automakers rank in our tests, see our automaker report cards.