What the S&P downgrade means for consumers 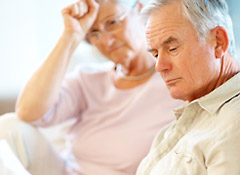 Friday night, Standard & Poor's, one of the three major credit rating agencies, reduced the rating of United States debt to AA+, one notch below the top AAA rating the nation has held since 1941. Two other major ratings agencies, Moody's Investor Service and Fitch Ratings, are maintaining the U.S.'s AAA rating, though Moody's assigned a negative outlook.

While it's perhaps a blow to the nation's ego, what does the debt downgrade mean for consumers?

Investments. Don't expect Treasury bondholders to run for the exits. On the contrary, they've been piling into Treasury securities over the past two weeks, as weak economic data and the debt-ceiling debate dragged on throughout July. Economic uncertainty is making the bond market a very crowded place right now. Yields of 10-year Treasury bonds have fallen half a percent in the past month, from 2.9 to 2.4 percent (bond prices rise as yields fall). Conceivably the yield could fall even further, if more jittery investors are looking for a place to hide. But the yields are already at record lows, so it's difficult to see how yields could fall much further.

On the other hand, yields probably won't rise sharply anytime soon. For those looking for historic precedent, consider Japan. After losing its triple-A rating in 2002, yields on Japanese debt is still well under 2 percent.

As for stocks, the past month's market correction (a fall in stock prices of more than 10 percent) was as remarkable in its swiftness as the nearly uninterrupted two-year increase in stock prices that preceded it, which doubled the value of the major stock indexes over that time. Some market observers considered a correction long overdue. Though the broader economy is facing significant headwinds, corporate earnings in the past quarter were extraordinary and balance sheets are loaded with trillions in cash, so dividends aren't in jeopardy. (And speaking of dividends, many blue-chip stocks currently yield well over a percentage point more than Treasuries, just as they did during the depths of the stock market in 2009.) So corporations seem far from unhealthy.

There's almost one sure thing you can count on in the weeks ahead: Bonds, or stocks, may fall in price, but not both. Diversification is as important as ever.

Consumer loans. Mortgage rates, which generally track 10-year Treasuries, are still at record lows, falling to 4½ percent for a 30-year fixed mortgage last week, and well below 4 percent for a 15-year fixed. But lending standards are as tight as ever. Unless there's an unexplained sell-off in Treasuries, don't expect these rates to climb more than half a percent in the next six months—in other words, back to the levels mortgage rates were at just a few months ago. Credit cards with variable rates are usually tied to the prime rate, which is based on a rate controlled by the Federal Reserve. The Fed has given no sign that it intends to increase it anytime in the near future.