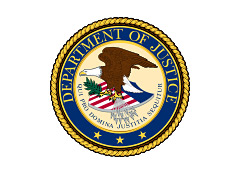 The U.S Department of Justice has joined its counterparts in the European Union in looking into the pricing practices of digital books for e-readers. A Justice Department spokesperson confirmed to the Los Angeles Times that the agency's probe was concerned with the possible "anticompetitive practices involving e-book sales."

The news comes on the heels of European regulators' announcement of an investigation into five of the largest international publishers—Hachette Livre, Harper Collins, Simon & Schuster, Penguin, and Macmillian—and Apple for possible "illegal agreements or practices that would have the object or the effect of restricting competition."

Although details of the DoJ's probe haven't been disclosed, some speculate the inquisition will likely follow along the lines of the European investigation. Regulators there are trying to determine if publishers illegally worked together—possibly with Apple's assistance—to raise prices on e-books by changing how they are sold.

When e-book readers, such as Amazon's Kindle, were in their infancy, pricing for titles were set by the retailers. But when Apple's first iPad came out in 2010, Apple had deals in place with five major publishers to use an agency pricing model: The publishing companies set the prices and retailers (such as Amazon and Apple) took a fixed cut of the retail cost.

The U.S. Justice Department, European regulators, and attorneys general in Connecticut and, reportedly, Texas are trying to determine if such pricing practices harm market competition and, ultimately, consumers.