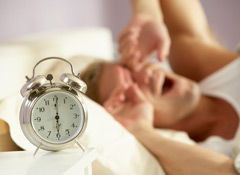 When insomnia strikes, many people turn to prescription sleeping pills, such as Ambien or Lunesta. These medications can help you drift off to sleep, but they can also cause serious side effects and might only be slightly more effective than a placebo, according to a new analysis by Consumer Reports Best Buy Drugs. We recommend trying other safer options first, including lifestyle changes and improving your sleep habits.

Our analysis comes on the heels of a study released Monday in the British Medical Journal Open that looked at the medical records of more than 10,000 people in the U.S. who took sleeping pills. These men and women, who had an average age of 54, had an increased risk of death and cancer, whether they were using older sleeping pills or newer sleeping pills, including zolpidem (Ambien and generic), compared with people who did not take these medications. The findings are only an association and do not necessarily mean the drugs are responsible, but they underscore the fact that sleeping pills can have serious side effects and should not be taken lightly.

Despite their marginal benefit and potential risks, these pills are heavily prescribed. For example, in 2010, there were 38 million prescriptions for zolpidem in the U.S., according to statistics from IMS Health. That same year, both Ambien CR and eszopiclone (Lunesta) racked up nearly $1 billion in retail sales, according to figures from SDI.

Studies show the newer prescription sleeping pills we reviewed—Lunesta, ramelteon (Rozerem), zaleplon (Sonata and generic) and zolpidem (Ambien, Ambien CR, Edluar, Zolpimist, and generic)—help people with mild insomnia fall asleep, but only about 8 to 20 minutes faster than a placebo. And it's not clear how well they help people stay asleep throughout the night.

Their potential side effects include dizziness, hallucinations, memory lapses and sleep-walking, sleep-driving, and sleep-eating. When abused or taken too often, they can lead to dependency and even worsen your sleeping problems.

Bottom line: If you have had difficulty sleeping for a night or two, we advise first trying lifestyle or sleeping behavior changes. These include cutting back on alcohol and caffeine, getting regular exercise, establishing a set time for going to bed and waking up, and avoiding television or using the computer an hour before bedtime. Research has found that these changes can often help people with mild insomnia resolve their sleep issues.

If those don't work, then the best first option for many people is the short-term use of an over-the-counter sleeping aid, such as diphenhydramine (Benadryl, Nytol, certain Unisom products, and as a generic) or doxylamine (Unisom SleepTabs and generic). But be aware these carry side effects too, including next-day drowsiness, daytime sleepiness, confusion, constipation, dry mouth, and urinary retention.

If that fails to bring relief, then it might be time to consider a prescription medication. Our analysis of the prescription sleeping pills led us to choose zolpidem as a Best Buy. This is the less expensive, generic version of the drug Ambien.

If your sleeping problems persist, you might have chronic insomnia, defined as three or more sleepless nights a week for months. In that case, we advise talking to a doctor about cognitive behavioral therapy, a form of psychotherapy that has been shown to help people get a good night's rest.

Check out our free Best Buy Drugs report on sleeping pills. And read How did you sleep last night? for techniques to alleviate insomnia.