Get real-camera effects with smart-phone lenses 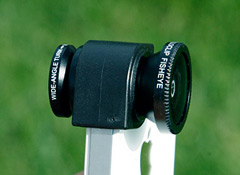 Smart phones may be the cameras you always carry with you—but as point-and-shoots, they have their drawbacks. For one, most have no optical zoom lens; instead, they come with digital zoom, which enlarges pixels and thus reduces image detail as it zooms in. You can get effects like zoom and fish-eye with smart-phone cameras, but they're generally obtained digitally; optical lenses produce better-quality images.

That's why some third-party manufacturers have developed small add-on lenses that fit over a smart phone's own tiny lens. They let you get in closer to the action or shoot a wide-angle or fish-eye photo without reducing image quality. (See our sample photos at the end of this post.)

We tested two brands that are compatible with the Apple iPhone 4 and 4S. Photojojo makes a fisheye lens ($25), a wide angle/macro lens ($20), and a telephoto lens (also $20); all three sell for about $50). We also tested the Photojojo lenses with several Android phones. 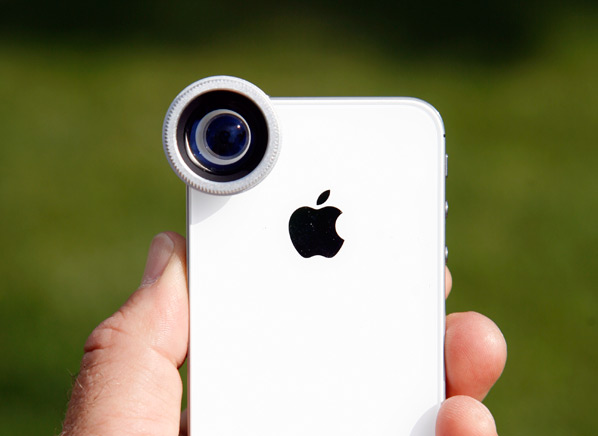 With the Photojojo lenses (shown above), you must attach a ring (two different rings are included, one for iPhones and the other for Android phones), using a peel-and-stick backing, to the phone; the lens then magnetically attaches to the ring.

We also tested the Olloclip, a clip-on device that incorporates a fisheye, macro, and wide-angle lens ($70). The Olloclip simply slides onto your iPhone over the camera lens. Once it is clipped on, you rotate the Olloclip to change the lens type. When not in use, you slide the Olloclip off of the iPhone and store it in a provided pouch. 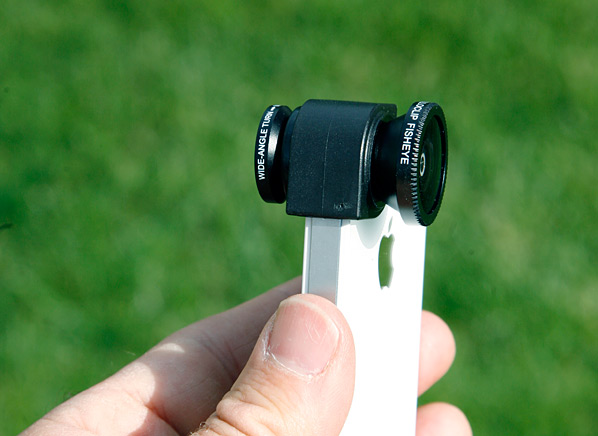 The Olloclip lens (above) fits securely around the corner of the iPhone, essentially encasing it.

Both brands of lenses were easy to use and produced their intended effects without compromising the phones' decent image quality; our lens tests showed that neither brand produced artifacts or distortion in the pictures that were taken. Also, they didn't affect built-in camera functions, such as autofocus.

Both types of lenses covered the phones' strobes, though, so we weren't able to use flash. These lenses are best for shooting in well-lighted conditions and outdoors during the daytime.

The Photojojo lenses were small for handling by large hands. We also found that the ring sometimes came off the phone in the course of removing the lens, though we could readily reattach it. And if you use a Photojojo lens with an Android phone, make sure the phone's lens doesn't protrude from the front of the body.

With both brands, the fisheye and macro lenses were the most enjoyable to use. As with any close-up macro lens, your hand needs to be steady and subjects need to stay still so you can get a shot that's not blurry. But close-up shots and video of flowers were stunning.

And the fisheye lens gives you a very surreal look at even the most mundane subject. Videos and photos were lots of fun to shoot with this lens.

Bottom line: Both sets of lenses are worth considering if you often use your phone camera as your main camera and want it to approach the versatility of a point-and-shoot. But be sure that when you set up the lenses that they are positioned directly over the phone lens so that the image is not distorted or cut off.

Want to know more about what's new in digital photography? See our story, Latest developments in digital cameras and photography, on ConsumerReports.org.

The images below were taken with an iPhone and the Photojojo smart-phone lenses. 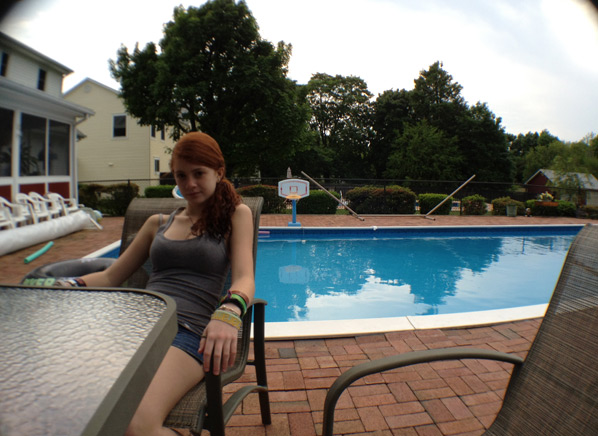 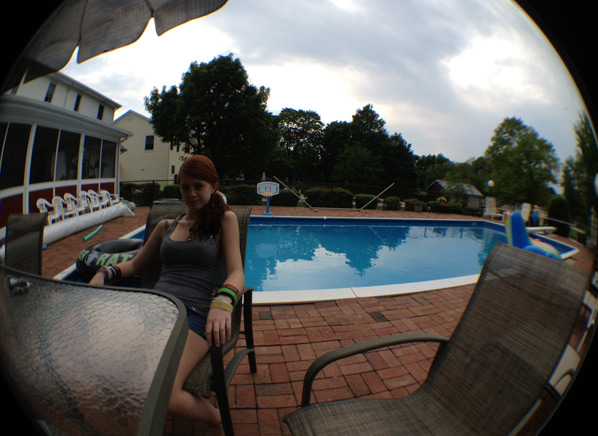 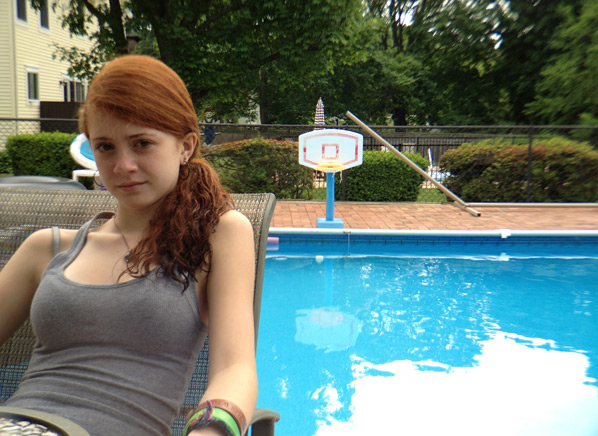