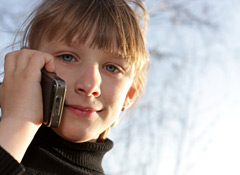 Spend a lot of time in close contact with your cellphone? Many of us do, and it's been 15 years since the Federal Communications Commission set a limit on how much low-level radiation cell phone users are exposed to. It's time for a new look at both that limit and the technique used to test for it, according to a report issued this week by the U.S. Government Accountability Office.

Current limits may be based on out-of-date research, and its test requirements may underestimate the maximum exposure users experience when holding phones against the body, according to the GAO review, done at the request of members of Congress.

"With mobile phones in the pockets and purses of millions of Americans, we need a full understanding of the long-term impact of mobile phone use on the human body, particularly in children whose brains and nervous systems are still developing," said Edward J. Markey (D-Mass.), who was one of the lawmakers who requested the GAO report. "With the health of American consumers at stake, it is time we send these standards in for a check-up."

In commenting on the GAO report, the FCC said that its staff had "independently arrived at the same conclusions" and is considering a thorough review of its safety rules.

The report did not suggest that cell phone radiation can cause adverse human health effects other than from heating of human tissue. But it did say that ongoing research may increase the understanding of possible effects, including potential risks of cancer. There is also research suggesting that cell phones might alter brain function.

The FCC has set its exposure limits for low-level radiation absorbed from cell phones operating at their highest possible power level--known as the
Specific Absorption Rate (SAR)--in 1996, based on recommendations from federal health and safety agencies and international organizations.

Those organizations changed their recommended exposure limits in recent years, based on new research. But the FCC hasn't formally asked for guidance from federal health and safety agencies about adopting the new limit.

The agency has also not reassessed its testing procedures used to certify cell phones' compliance with SAR limits to ensure that they measure the maximum exposure a user could experience. For example, current tests allow for a space between phones and the user's body. But consumers use mobile phones with only a slight distance, or no distance between the phone and their body when they place the phone in a pocket while using an earpiece. That could result in radiation exposure above the maximum SAR determined during testing.

Bottom line. "We agree with the recommendations and concerns raised by the GAO report," says Urvashi Rangan, Ph.D., director of Consumer Safety and Sustainability at Consumer Reports. "Consumers who want to take precautions should be aware of the ways to reduce their radiation exposure while using their mobile phones." Here's how:
• Limit cell-phone use, particularly by kids.
• Hold the phone away from your head and body, especially when a call is connecting.
• Text or use a speakerphone or headset to reduce absorption in your head.

Source
Exposure and Testing Requirements for Mobile Phones Should Be Reassessed