Is it better to buy a new vs a used car? 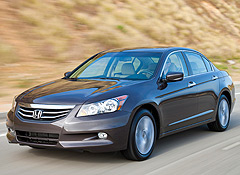 One of the biggest dilemmas when buying a car is whether to purchase new or used. As we head toward the end of summer, the 2012 model year is winding down. There are tempting deals being advertised at every turn. In these dynamic economic times, does the conventional wisdom still ring true, that it is cheaper to buy used than new? Our analysis provided a fresh, and even surprising, insight.

To crunch the numbers, we looked at current deals for a few popular 2012-model-year (MY) sedans and SUVs and compared them to the used-car pricing for the same model from 2010 and 2008. In some cases, with a slight increase in monthly payment, you can get a new car without the used car mileage and with a full manufacturer's warranty.

To illustrate the findings, the chart below highlights the differences on five Consumer Reports' recommended vehicles--the Ford Fusion and Honda Accord sedans, and Acura MDX, Ford Escape, and Honda Pilot SUVs.

The 2010 models have 28,000 miles and 2008 models have 47,000 miles. The monthly payment is calculated with the assumption that the buyer puts 10-percent down on a 5-year loan on the new car; the 2010 and 2008 calculations were based on 10-percent off the 2012 equivalent. For the new cars, the price listed is Bottom Line Price; for the used cars, the chart shows the retail price. Our calculations are based on the average New York metro-area financing rate of 3.365 percent for new cars and 3.310 percent for used cars, according to Bankrate.com. In looking at current financing rates in five metro areas, new car loan rates are comparable to used cars.

However, opting for the 2008 Pilot, could be a better checkbook choice and provide more significant savings than the new car--over $9,000 off and $150 less per month, which could offset the mileage and maintenance. So here, "new" trumps "nearly new," though used (4 years old) is a true way to save money.

The Acura MDX is another example where the 2008 version may be a better deal, but in some cases like the Ford Fusion or Honda Accord, for less than $100 more a month you could drive away with the new model, as they are both discounted in anticipation of all-new 2013 models.

These examples illustrate that especially at the end of the model year, the deals available could be worth choosing a new car over a used one, but it's important to do your research. There is not single sound-bite solution that suites all scenarios.

While purchase price is a natural focus, don't look solely at the cost to buy, but how much the vehicle will cost to own over time. Factors such as depreciation, insurance, financing, fuel costs, and other operating expenses can quickly add up through the years and may make that deal not look so good after all. (Owner cost information is available on the model pages.)

Check out our new and used car Ratings to see which models performed well in our tests. Also, see our report on the best car values.

For more deals, see our lists of best new and used car deals.