Vehicle technology can help save lives, if drivers know how to use it 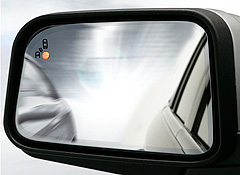 In order to make driving safe for both the younger and older population, carmakers are looking to vehicle technologies to help reduce the high crash and death rates for these demographic groups. Technology has great potential to not only address the safety of these vulnerable groups, but all drivers and passengers. However, the key to their effectiveness will depend on how drivers use them.

Cars have come a long way and are the safest they have ever been, but more work can be done. The next safety frontier is a shift from crash protection to crash avoidance.

Systems such as blind-spot monitoring, forward-collision warning, forward-collision braking, and lane-departure warning use cameras and radar to alert drivers to potential dangers in and around the vehicle. Those technologies are slowly trickling down to less expensive cars. (Read: "The Subaru EyeSight safety system makes an impact at the track.")

New systems are also being developed. For example, the European-market version of the new Volvo V40 adds a few more safety features, including a system to help drivers stay in their lane by automatically applying steering input when the car gets too close to the lane marking and a pedestrian air bag that deploys between the windshield and the hood.

Toyota is working on a radar system that can detect a tree or other hard object and can change the car's direction to avoid hitting it. Hideki Hada, general manager of Toyota Integrated Vehicle Systems, says their goal is to make all crash-avoidance systems standard in the next 3 to 4 years, but the challenge is to make it affordable.

Even if these technologies are in every vehicle in the future, the question is will they be used and will they be effective. Initial studies have found some of these technologies help, while others do not and drivers may not be using them to their full benefit. "Older drivers are being overwhelmed by new technologies in vehicles," says David Strickland, NHTSA administrator. "No one has taken the time to teach them or they haven't tried to learn themselves."

Brian Reimer, a research scientist at MIT's AgeLab agrees. "One of the difficult parts that is not quite understood is how we get older adults to understand those technologies in a way that they benefit from them and how do we make sure younger adults don't over-rely on those technologies to reduce demand of driving," says Reimer.

Reimer cites antilock brakes (ABS) as an example. He says older adults still have their conception of hard braking, which is to pump the brakes. Younger adults drive faster with ABS because they can stop faster. "Teens need to learn the limitations in a much better, more functional way and older drivers need to learn what they can benefit from." Reimer suggests more driver training and maybe a refresher course every 5-10 years.

Stability control has also been very successful because it does what the driver wants and does not intrude in day-to-day driving. We believe these systems should be very intuitive to use but not intrusive in general driving. However, as systems become more complex, driver education may be necessary.

Other ways to educate drivers on the systems is through training at the dealership and videos on how the technologies work. The reality is that not many people read their owner's manual.

We encourage new-car buyers to take the time to understand how their vehicle and its safety systems work. The owner's manual is a great place to start, and it is as convenient as the glove box.

For more on teens and older drivers, see our new report on "Risky Drivers."