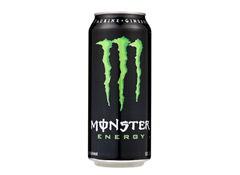 Incident reports filed with the Food and Drug Administration linking the energy drink Monster with five deaths in recent years have cast doubts on the safety of these highly caffeinated beverages. And rightly so. Other research suggests that more than 13,000 people a year visit U.S. emergency rooms because of symptoms associated with these drinks, and thousands more call regional poison control centers. And our tests of energy drinks, out today, found that, per serving, some energy drinks contain as much as twice the caffeine in a typical 8 oz cup of coffee. Often, labels don't reveal the caffeine levels.

Energy drinks are found on the shelves of most convenience stores and rest stops, and their popularity continues to rise, especially among teenagers and young adults who appear to be the target audience of an omnipresent advertising campaign extolling the health and wellness benefits of these products.

The concerns about Monster stem from FDA reports released earlier this week. Today, the FDA confirmed that they are reviewing the reports of five fatalities and one heart attack, which "serve as a signal to FDA and do not prove causation between a product or ingredient and an adverse event."

According to news reports, the family of one victim, a 14 year old girl, is suing the Monster company, claiming she died after drinking two 24 oz cans, each containing 240 mg of caffeine. This is the equivalent of four or more cups of coffee or bottles of caffeinated soda. The company issued a statement that it did not believe its product was in any way responsible for the death. Before the FDA story broke, we asked Monster why it didn't list caffeine levels. A representative replied, "because there is no legal or commercial business requirement to do so, and because our products are completely safe, and the actual numbers are not meaningful to most consumers."

Despite the presence of additional ingredients in many of these drinks, it is caffeine intake that is associated with the frequently reported adverse physical and mind altering reactions. Symptoms may include restlessness, tremors, palpitations, and nervousness, and can lead to life threatening heart rhythm changes. People who have heart disease or high blood pressure are at additional risk.

We all respond to a cup of coffee differently. Some of us have no problem falling asleep at the usual time, while others toss and turn for hours. Safe limits for caffeine are still being studied, but data suggests that most healthy adults can safely consume up to 400 milligrams of caffeine a day. Pregnant women should consume no more than 200 mg, and children no more than 45 to 85 mg, depending on their weight.

But how do you know how much caffeine is included? While some of the energy drinks on the market advertise caffeine as a primary ingredient, many don't say exactly how much they contain. In our recent tests of 27 top-selling energy drinks, 11 did not list caffeine amounts.

This lack of information needs change. I urge the FDA to thoroughly investigate this important public health issue and hope this will lead to much needed labeling reform.