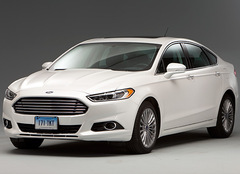 Small turbocharged engines are marketed as delivering the power of a large engine, with the fuel economy of a smaller one. That's a tempting proposition, but our testing shows these small-displacement turbos are not delivering on the promises.

By now, we've tested many cars with these engines, and lots of competitors with traditional, naturally-aspirated powerplants, big and small. Generally, the turbocharged cars have slower acceleration and no better fuel economy than the models with bigger, conventional engines. Looking at EPA fuel-economy estimates (calculated based on laboratory tests), some of these cars' turbocharged engines seem to have an advantage. But we found those results don't match the findings from our own fuel-economy tests.

The latest example is the collection of EcoBoost Ford Fusions we tested, which come with small, direct-injection, turbocharged four-cylinder engines. The smallest one—a 1.6-liter producing 173 hp—is a $795 option over the basic conventional 2.5-liter four cylinder on Fusion SE models. But that car's 0-60 mph acceleration time trails most competitors, and its 25 mpg overall places it among the worst of the crop of recently-redesigned family sedans. The Toyota Camry, Honda Accord, and Nissan Altima, all with conventional 2.4- or 2.5-liter four-cylinder engines, get an additional 2, 5, and 6 mpg, respectively. And all accelerate more quickly.

The larger among Ford's EcoBoost four-cylinder engines, the turbocharged 231-hp, 2.0-liter, is billed as having the power of a V6 but delivering the fuel economy of a four-cylinder. However, our so-equipped Fusion Titanium returned 22 mpg (which pales against the 25 and 26 mpg we recorded for the best V6 family sedans), slower acceleration and reduced refinement compared to its V6-powered peers. 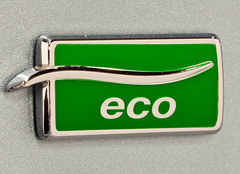 Another example is our tests of the Chevrolet Cruze. Our base Cruze had the 1.8-liter four-cylinder; our higher-end 1LT version came with the 1.4-liter turbo four cylinder. While the 1.4-liter feels marginally more powerful in daily driving, it was barely faster to 60 mph, and it got the same fuel economy as the larger engine—26 mpg overall.

Turbochargers pump extra air into the engine to deliver more power. But all engines have to be operated at a very specific air-to-fuel ratio. So this extra air has to be augmented with extra fuel, which may offset any savings from shrinking engine sizes.

One benefit to the turbocharged engines is an abundance of torque at low to mid rpm. In daily driving, this means a more effortless feeling of thrust with reduced need to downshift while climbing hills or when delivering the kind of moderate acceleration most drivers demand. That can make a car feel more responsive, even if its actual acceleration times from a standstill are slower. However, not all of these turbocharged models deliver that benefit. Many, especially those smaller 1.4- and 1.6-liter engines, still downshift frequently to keep up with traffic. And all but one of the tested cars have slower mid-range acceleration from 45-65 mph.

In contrast, BMW's turbocharged four-cylinder engines seem to deliver both good fuel economy and acceleration: The 2.0-liter turbocharged four cylinder contributes to 28 mpg overall in our last tested 328i sedan. It improved mileage only marginally in the 2013 X3 SUV compared to the six-cylinder 2011 X3 we tested, with essentially identical power and acceleration but somewhat comprised refinement. The 2.0-liter turbo four cylinder engine we've tested in Audis and Volkswagens usually return impressive mileage, though we haven't tested any identical model powered by two different engines for such a direct comparison.

So don't take turbocharged engines' eco-boasts at face value. There are better ways to save fuel, including hybrids, diesels, and other advanced technologies. We'll take a look at their effectiveness in a future post.

See our guide to fuel economy.