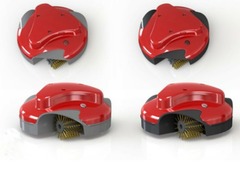 A hose that reportedly fits in your pocket, a robot that cleans grills, and a gel-infused memory-foam pillow are a few of the new products and claims that Consumer Reports' staffers spotted at the preview to the International Home and Housewares Show in New York City. At least one has made it into our testing program. All are coming soon to a store near you.

Pocket Hose. Putting a hose in your pocket may not be on your bucket list but that's not the real idea here. "We mean the name as a metaphor, that the hose is very small and expands as water flows through it. Turn off the water and the hose shrinks to its original size," says Manish Israni, vice president of market research for Telebrands, maker of the hose. The company claims the hose is lightweight, stores easily, and resists kinks and tangling. We're testing the hose in our labs now and will report our findings soon. You'll pay $20 for a Pocket Hose that's supposed to expand to 50 feet. (Watch the video.)

Grillbot. Billed as the R2D2 for grills, it's designed to remove grease and grime from a grill's cooking surface with a push of the button. The battery-charged Grillbot moves in circular motion to clean the surface in five to seven minutes, says Ethan Woods, its developer. He adds that Grillbot has three electric motors and three replaceable brushes that work to clean cold or hot surfaces, but not when there are open flames. The base model is $60 and the premium, $90, and Woods says they'll be sold online in June. (Watch the video.) 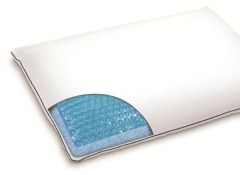 Gel-Memory Foam Pillow with Cool GelHD. Memory foam is heat sensitive and conforms to your body, but tends to trap heat and can make you feel even hotter. That's why some manufacturers have added gel, as a top layer or as an infusion, to memory-foam mattresses. We're testing some of those mattresses now along with others and will report on them in early March. Sleep Innovations says its Gel-Memory Foam pillows stay cool all night long, offering the optimal sleep temperature, comfort, and support. Prices haven't been released yet but the pillows will be sold at select BJ's Wholesale Clubs starting in the next three months.

View and compare all Mattresses ratings.