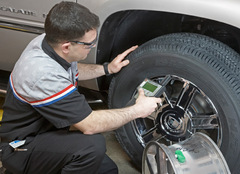 Tire Pressure Monitoring Systems (TPMS) have been standard equipment by federal law in all new cars for about six years now. Despite their very real safety benefits, the tire-pressure systems can be a royal pain in the neck, and a costly one, for consumers and tire shops alike.

My brother found this out a few weeks back when he put winter tires on his new 2013 Toyota Avalon. He bought the tires online and then took them to a local shop to get them mounted. He could have ordered the tires pre-mounted on new wheels, but he didn't want to pay for new pressure sensors at the same time because that would have added another $67 for each of the four. Better, he figured, to get just the tires and have them mounted on the existing rims. (For another adventure, read: "Having winter tires installed just got more complicated.")

Visit our tire buying guide for quick access to the latest advice and Ratings. 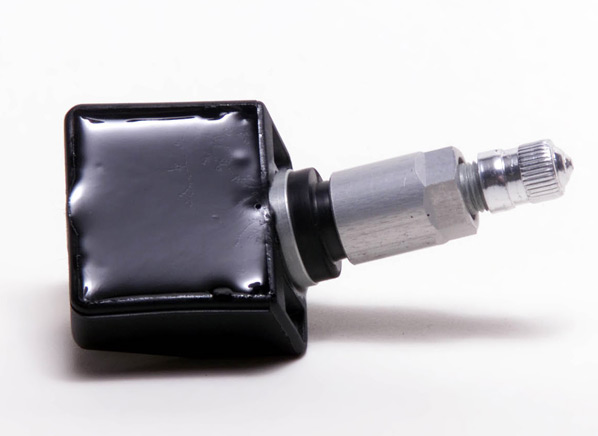 Now, when shop technicians are de-mounting tires equipped with pressure sensors, they have to be careful not to damage them. These sensors are miniature radio transmitters about the size of a couple of AA batteries, usually molded to the inside portion of the inflation valve in the wheel. In this case, the shop guys managed to break all four of the original sensors while de-mounting the stock tires. Oops. But not to worry. They replaced them with aftermarket sensors, at no charge, assuring my brother that they were just as good as Toyota's. (Read "A tire pressure monitoring system helps keep tires properly inflated.")

Indeed, everything was just as good until, 40 miles later, the tire-pressure warning light came on. Since our protagonist was then near a Toyota dealership, he cruised in to ask them if they could reprogram the sensors. Despite initial optimism, it turned out they couldn't.

For this model, the reprogramming process uses a handheld device that records each sensor's output and then feeds those into the car's computer. The sequence usually takes about five minutes or so. But at this dealership, the technicians fiddled around for more than two hours and finally threw in the towel. They said the problem was that the aftermarket sensors were no good. Their official programming tool didn't recognize the signals the sensors were transmitting.

What was needed, they said, was original-equipment Toyota TPM sensors. They'd be happy to remove all four "faulty" sensors, install new ones, and program them to the car. All this for a mere $640.

Six hundred and forty dollars? Yes. It turns out that the Toyota sensors retail for over $100 each, the dealership charges $100 for the programming service, and the rest was for mounting and balancing the tires. Shelling out $600-plus was out of the question, so it was back to original shop. At that point a couple of days had elapsed and in that time the store had acquired the latest programming tool. Whatever they did, they did it for no charge and my bro was soon on his way.

Why are these little sensors so expensive and hard to deal with? Part of the reason is that the requirements for TPM system is very specific, yet the law is silent on what technology automakers can use to achieve acceptable results. Consequently, there's no standardization and every automaker is free to develop its own proprietary system, which they've done. Automakers can also charge whatever they can get away with for them. A thriving aftermarket goes only part way toward leveling the battlefield, as my brother's experience shows.

All this puts a pretty big burden on consumers who need to replace TPM sensors, but an even greater onus on tire retailers, who must learn what the right techniques may be for dealing with all the varieties and which substitutions are allowable. The consumer also has one advantage, if you can call it that. Tire retailers, by law, have to make sure the TPMS is working properly before the car leaves their shop. If the system was working when the customer showed up it has to be working when he leaves. If the tire shop breaks it, many will replace it free, but they better have it operable regardless.

Don't assume this little pest won't be knocking on your door, too. TPM sensors run on teeny built-in batteries that are not replaceable. That means that the life of the sensor is the life of the battery, which is five to seven years. If you're driving a 2008 or later model, the time for replacement may be coming soon.

View and compare all Tires ratings.