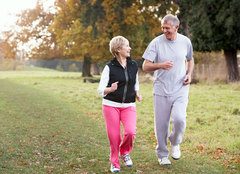 Our recent recommendation that you might want to skip the new weight-loss drug Belviq has generated a lot of buzz. To follow up, we commissioned two Dartmouth professors to look at the evidence and prepare a Drug Facts box for Belviq, similar to the Nutrition Facts box found on packaged foods, that details the benefits and harms of the drug. Their findings support our earlier report.

The two researchers, Steven Woloshin, M.D. and Lisa M. Schwartz, M.D., both in the Institute for Health Policy and Clinical Practice at the Geisel School of Medicine at Dartmouth, focused on the three studies used by the Food and Drug Administration to approve Belviq (lorcaserin). They relied entirely on publicly available documents from the agency. Two of the studies included people without diabetes; the third focused on people with that disease. In each of the studies, people who took the drug were compared with those who did not. People in both the drug and nondrug groups were told to exercise more and eat fewer calories.

So the studies suggest that people with or without diabetes who took Belviq lost, on average, 3 percent of their weight from the drug itself and another 2 percent to 3 percent from lifestyle changes. In a 200-pound person, that comes to 6 pounds from the drug, and 4 pounds to 6 pounds from lifestyle changes. But it's important to note that none of the studies looked at the drug alone, so it's uncertain what effect, if any, Belviq would have when it's not combined with diet and exercise changes.

In addition, the Drug Facts box highlights the risks of the drug. Those include minor side effects such as headaches, dizziness, nausea, fatigue, and constipation, as well as less common but more worrisome risks, including leaky heart valves and memory and attention problems.

Woloshin and Schwartz are also co-founders of Informulary, Inc., a company funded in part by the Robert Wood Johnson Foundation that focuses on helping consumers, clinicians, and health care policy makers better understand the benefits and harms of prescription drugs.

Bottom line: The drug does seem to have a real, if limited, effect. "A small proportion of patients may achieve impressive and probably quite important weight loss," says Curtis J. Rosebraugh, M.D., director of the FDA's Office of Drug Evaluation, on the agency's website. "Unfortunately, this will not be the experience of the majority of users." Overall, Rosebraugh characterized the efficacy of the drug as "not impressive."

"We agree, and stand by our recommendation to skip Belviq and stick with other proven and safe ways to lose weight," says Marvin M. Lipman, M.D., chief medical adviser for Consumer Reports and a board certified physician in both internal medicine and endocrinology. "That's especially true when you consider the known and potential risks of the drug, and the fact that this is a brand-new drug with an unproven long-term track record."

Download a copy of the Drug Fact box for Belviq. And see our advice on what really works for weight loss, including our Ratings of diet plans.